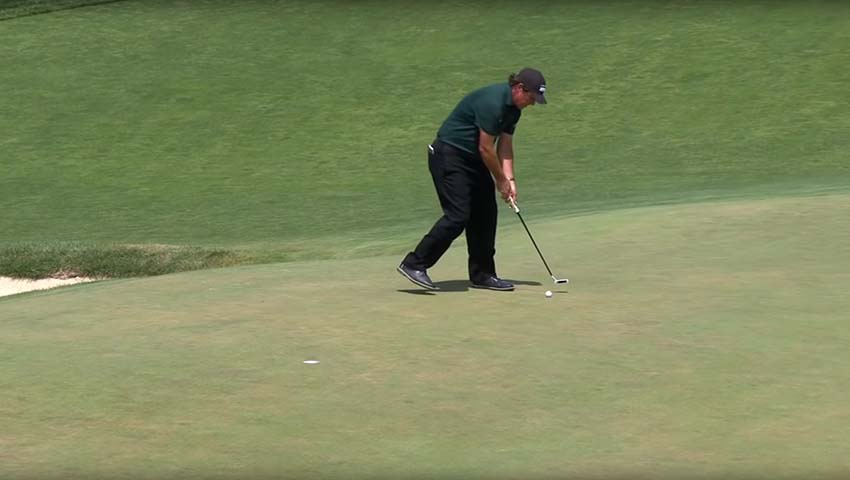 There is no sport more focused on honoring and respecting its rules, than golf. That’s why the response of the USGA to Phil Mickelson’s intentional infraction of the rules during the third round of the U.S. Open Championship, is so disappointing.

Out of contention playing the 13th hole, Phil Mickelson pushed a putt past the cup. As the ball headed downhill away from the hole, Phil quickly jogged after the ball and as it continued to roll, he hit the ball back toward the cup.

His action stunned everyone. Here was one of golf’s icons committing an intentional breach of the rules and doing it at the national championship of his sport.

Phil Mickelson’s explanation was as disappointing as his action. He said that he he didn’t want to have to play the ball from off the green again and thought the two-stroke penalty he would receive for hitting a moving ball would be no worse, and might actually be better, than having to play the ball from where it would come to rest. Phil admitted that his action was deliberate. He said it was strategic. That he hit the moving ball to gain a scoring advantage, and contended that he was simply using golf’s rules to his advantage.

The USGA could have ruled the action a “serious breach” of rule 1-2, which prohibits a player from taking an action with “the intent to influence the movement of a ball in play”. The sport’s governing body could have disqualified Mickelson.

A “serious breach” of the rules is defined as one that allowed a player to “gain a significant advantage”.

Phil Mickelson admitted that he was trying to gain an advantage.

But, the USGA rules committee decided that Phil didn’t stop the ball or deflect it, but rather that he “made a golf stroke” in hitting the ball. So, the USGA applied rule 14-5 and assessed Mickelson a two-stroke penalty for hitting a moving ball.

Mickelson scored a 10 on the hole, shot an 81 for the round, and stood at 17-over-par after round three.

While the USGA contends that it simply applied the rules in reaching its decision, the result is that a player intentionally broke a rule and believed that he benefited from doing so.

This was a disrespectful act. And, it was intentional.

For a player who has such a love for his sport, it was sad to see this from Phil Mickelson.

Also sad was the failure of the USGA to disqualify him.

The game of golf has high standards when it comes to integrity, honor and decorum. No matter their contributions or status, no player should be allowed to disrespect its rules.